THE UNMASKING OF AN ONLINE AFFAIR 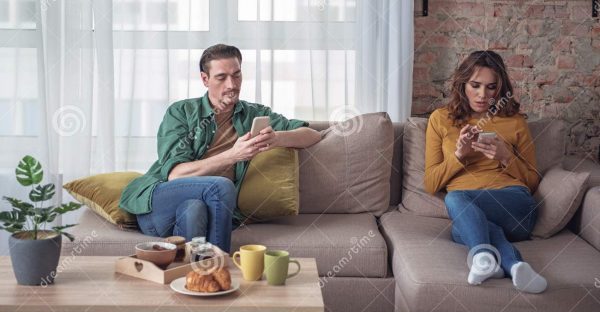 The Unmasking of an Online Affair

I was so trapped in my sin that I didn’t know how to break free.

It began as a search on classmates.com. I was looking for college friends when Danny’s name just popped into my head.* I shot him a quick e-mail, and he responded from overseas. And so began a three-year online affair that almost destroyed two families.

Although the online affair started as a friendship, this changed when Danny and I began to share our marital problems with each other. It’s easy to become vulnerable to another man coming in and telling you what you want to hear … replacing him for your husband as your friend and confidant. We never physically saw each other during the three years, but I was ready to end my marriage because of him.

I felt like my husband, Bill, and I were basically roommates. I had a “pity me” outlook, thinking that life is all about me and that I deserve to be happy. I believed Bill cared little about me as a person.

The children (then 16, 12, and 7) saw my husband and me argue a lot, and the stress level in our home was like a roller coaster. Despite this, when I said that I wanted to separate, Bill seemed surprised. He realized there was distance in our relationship but hadn’t been able to figure out why. That’s because I had not shared my deep feelings of discontentment with him, and my relationship with Danny was a secret.

He hoped the conference might breathe new life into our marriage. While I reluctantly agreed to attend, I was determined not to change my mind about leaving Bill. I felt that I could not live the rest of my life with him. The thought of that was terrifying.

When Bill and I stepped into the conference ballroom in the winter of 2005, my heart was cold towards him and God. I put myself in what I call “Survival Mode.” I decided that I would get through the day and fall apart later. Deep down inside I was afraid that God would try to reach me, and I wasn’t sure that I wanted that. I had been very good at justifying my sin and my rights.

I felt nervous at the Weekend to Remember. Although I had been truthful in letting Bill know I was at my wit’s end in the marriage, he knew nothing about Danny. I really began to feel the weight of my sin pushing down on me.

I felt like the wall that was up around my fantasy life was slowly being chipped away and crumbling. I wrestled with the principles and Scriptures that were presented. It was eye-opening when one of the speakers explained that God had given me Bill, and for me to not accept him was to refuse a perfect gift from God.

At the conference, Bill and I realized that a lot of our problems stemmed from a lack of communication skills. We recognized our pattern of arguing and then sweeping the issues under the carpet until they flared up again. Until the Weekend to Remember, we didn’t know how to solve problems and communicate in a godly manner.

We learned that we needed to listen to each other without attacking. We realized that it’s okay to be different … that it’s a blessing and not a hindrance.

After the marriage conference we started going to a marriage counselor at our church. I started to see some wonderful changes in Bill. Instead of focusing on what he thought his rights were in our marriage, he wanted to serve, understand, and encourage me. He didn’t pressure me at all concerning our sexual relationship and let me know that he loved me for me and not for sex. We started to cultivate companionship in our relationship. Bill began to listen to my needs as a woman, and he told me that he cherished me and wanted to meet my needs.

Despite my growing love for Bill, I continued in my secret online affair. At the same time I was in a woman’s Bible study and the conference material was embedded in my mind. I slowly recognized my sin as sin and knew that true healing could not begin until I chose to end my relationship with Danny and tell Bill. But I just didn’t know how to do this and felt trapped.

As I was struggling with God about when to tell my secret, He decided to choose the time for me.

I’ll never forget that April morning when the kids, Bill, and I were all enjoying a beautiful spring day. We had just returned from vacation and were talking in the kitchen. I can even remember hearing birds chirping. That tranquil picture disintegrated when I answered a phone call from Danny’s wife. Bill was standing by me so I couldn’t hide what was going on. She had found our e-mails and was livid.

I told Bill that the e-mails were from the early years of my marriage, and said that I had not been in recent contact with Danny. He believed me until Danny’s wife called him at work and left a detailed message about how recent the affair was.

Bill called and confronted me over the phone. I confessed and felt as if my world was coming to an end. I couldn’t get control over my emotions or myself. I wanted to die at that point and Bill was devastated.

We went to our counselor, and I confessed the affair to him. He told us that I needed to e-mail Danny, with Bill beside me, and tell him that I never wanted to have contact with him again. I did what he said, and it was a breaking point for me. I realized that I was so far into sin and that it was about to cost me dearly with my husband, kids, and my relationship with God. I didn’t want that. I made a vow that day to repent fully and turn completely from this affair.

My husband extended forgiveness to me immediately. I’m so thankful for the godly man I have been given.

Bill and I returned to our second Weekend to Remember last November. I went to that conference free … free of sin, free of guilt, free to hear everything God wanted me to hear to impact my marriage for Him. My ears were truly open and eager to absorb the material. It was also very emotional for me. I felt twinges of regret that I had grieved God so much and wounded my husband.

I have gone from a place where I had no feelings of love for my husband to a place where I now can receive him as my perfect mate. To see our love bloom is amazing. Although the journey has been very painful, I never thought that God could change the hardness of my heart.

Today the kids are thriving. They are learning better communication skills because Bill and I are modeling them. They all signed the bottom of our marriage recommitment certificate, and it hangs on our bedroom wall. Seeing us work through such a difficult time with the love of our church family and God has given the kids a feeling of safety and stability. They know that God can do anything in even the most hopeless situation.

It’s hard to believe that I became emotionally detached from my own husband and felt emotionally connected to a man who lives across the ocean. Sometimes I shake my head and wonder: How did it happen?

I was just so far in sin and didn’t know how to break free. I felt as if I was leading a double life. It was exhausting. The weight of carrying on that deception finally got unbearable. I praise God that He revealed my sin. My prayer is that no other woman will take that step over the line like I did.

*Danny is a fictitious name.

Reprinted with permission from The Family Room.